In November, the US has a major festival —- Thanksgiving. During the 17th century, Puritan immigrants who came to the US from England celebrated the harvest season and turned this celebration into a tradition. Before US’s Independence, most annual celebrations were organized by church until the first president, George Washington, officially ordained the last Thursday in November as Thanksgiving Day, a national holiday for people across the country to worship with a grateful heart to God’s grace. Today’s new tradition is for the President at the White House to “release” a turkey, which symbolizes letting the turkey live freely and walk around the farm; this represents the founding spirit of the USA – democracy and freedom.

Most Chinese families do not eat a traditional turkey meal. Their Thanksgiving gathering dinners are Chinese food. For my two children who were born in the States, they like to celebrate Thanksgiving more than Christmas and Chinese New Year. When they were young, a few days before Thanksgiving, they would be clamoring to buy a turkey. On the morning of Thanksgiving, I made Chinese style stuffing of mushrooms, sausages, dried shrimps, and onions mixed with sweet rice. After stuffing the turkey, I used a needle and thread to sew the opening part of the bird. This was something my little girls found most interesting. Then the bird was sent into the oven. A few hours later, a golden brown shiny turkey was presented on the table. As the kids grew up, they took the initiative to be responsible for making mashed potatoes and green beans. My family tradition has been taking a family photo before the meal to commemorate a mother-daughter job well done. Their father is the proud chef carving the turkey and serving the tender and juicy pieces on our plates.

It has been a long while since the whole family is together for Thanksgiving. This year, my two daughters will be coming home. I feel especially thankful that this is a year full of abundant blessings for our family. 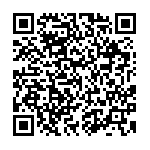